The Better Me Foundation: Torsten Kremser 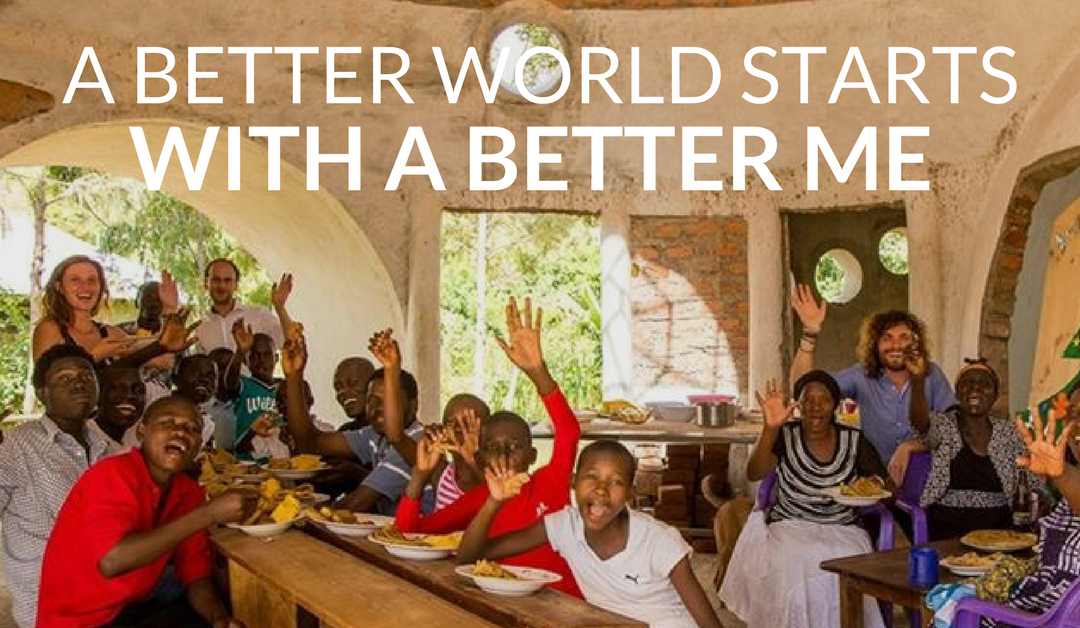 One of the best parts of traveling is coming across different characters on a mission to change the world. The man leading us through Africa, Torsten or “Toto,” is definitely one of these people. In fact, one of the main reasons that I decided to join Nomad Convoy for my first visit to Africa was because of Toto, whom I met last year in China.

This tour stuck out to me because I knew that the person behind the journey is dedicated to making a real difference in Africa. Thousands of people travel the same route that we’ve taken overland from Zambia to South Africa each year, but more than just sightseeing, Toto designed the trip with local cultures and social issues in mind. In 2012, Toto took his first journey to southern and eastern Africa. By chance, he met a Kenyan woman named Mama Dolfine who, at 60, was running the Korando Educational Center. She was giving all her time and energy to provide food, shelter, healthcare and education to orphans, vulnerable children and widows in her community.

Her devoted commitment touched Toto’s heart and he wanted to do something to help her out. He noticed an empty chicken coop on the property and asked her about it. She had recently sold all of her chickens to help the children and couldn’t afford to replace them. A chicken cost €7 so Toto reached out to his friends and family asking for donations. Each €7 donation would give the donor the right to name a hen. Within two days he raised over €700.

With this money he was not only able to buy two dozen chickens, he was able to build new temporary structures for a classroom and showers as well as purchase a computer for the teachers. His time was limited and he had to leave after just 7 days – but Mama and the children stayed in his heart and he promised himself he’d return. What’s the Better Me Foundation?

In January of 2015 Toto made good on his promise. He embarked upon an epic journey to Kenya by way of South Africa, Zimbabwe, Zambia, Malawi, Tanzania, Uganda raising awareness and money for Mama and the school along the way.

Toto started the Better Me Foundation with the idea that the best way to lasting change in the world is by changing ourselves first. Read his full letter about the project here. Since then he has raised more than €75,000, supporting about 300 students, building a dormitory, bathrooms and refining the sanitation system. He also used this money to build the new signature yellow dome homes on the property – an idea inspired by a viral video on facebook, which has led to publicity and local notoriety. Better Me Foundation is a non-profit dedicated to helping the Korando Educational Center. The foundation has two arms, one is a fundraising program and the other is a volunteer program. Donations to the foundation go directly to helping with school fees, teacher salaries, books, food and scholarships.

The volunteer program is designed to give people the same kind of eye opening experience that Toto had back in 2012. Witnessing the love and dedication from Mama and the team is sure to be a life-changing experience. Volunteers apply for a term anywhere from two weeks up to a year. They help to teach core subjects, support the children that need extra care and design workshops on topics like health, social justice, female empowerment, responsible sexual behavior, environmental conservation, agriculture, etc. The volunteers at Better Me live in a fully sustainable environment and have a lasting positive impact. At this point in time the school is running entirely on donations. Toto’s hope for this year is to get a permanent structure built that is entirely up to government code, which will ultimately lead to financial sustainability. It will require around $250,000 to build the structure. The high price is due to the strict government regulations. The way Toto puts it, “in Kenya they are applying first world laws to a third world reality.” While there are thousands of schools running the way that Mama’s school is currently running, it is not officially up to the standards of the government.

The finished school will have 11 classrooms and an office – enough space for roughly 275 students with a limit of about 25 students per classroom. It will be fully sustainable where the kids who can afford it will eventually carry the people who cannot. Vision for the Future

Toto’s goals for the future involve moving into the space of remote private education instead of following the government education in Kenya. He firmly believes that the key to changing the world is changing the way that we teach our children and that the technology to do so is constantly improving. He hopes that in the future, students at the Korando Educational Center will learn more about self-development, creativity, entrepreneurism and learning to become leaders instead of followers.

What Can You Do to Help?

Are you interested in visiting Africa and making a meaningful difference? Many volunteer projects in Africa sell you on a promise of helping children, but often they don’t deliver. The Better Me Foundation is a legitimate, grassroots organization that will give you real life changing experiences.

Just $20 will cover the school fees for one child for one month! Please visit the donation page for more information and levels of contributions.

The Better Me Foundation is currently looking for a new Volunteer Coordinator. Visit the website for more information.