The Story of the Mexican Fisherman 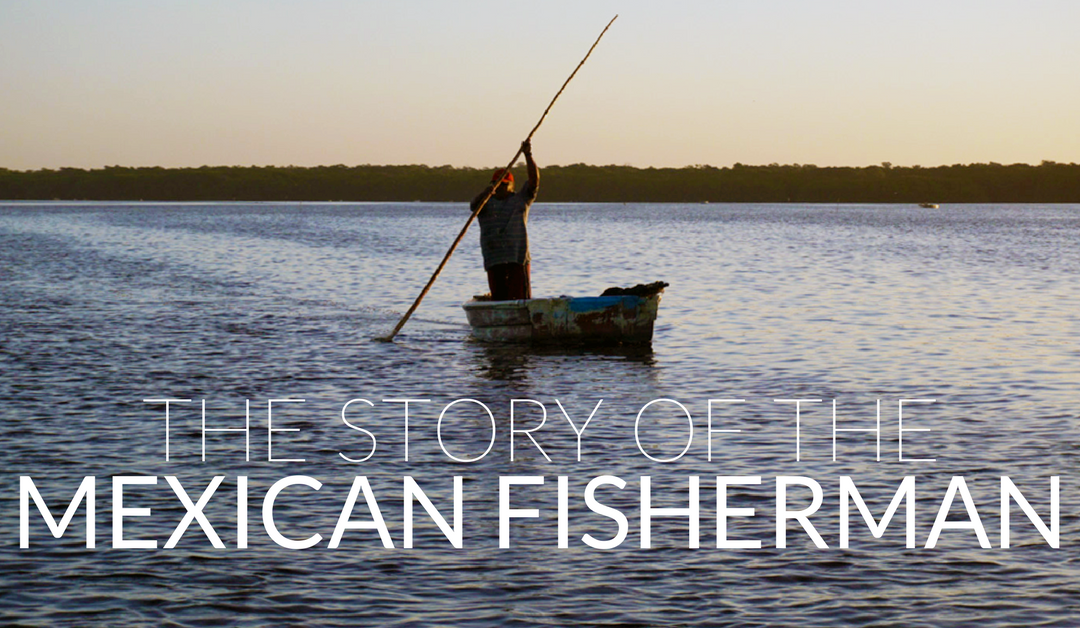 A few months ago my dad was driving me to the airport when we began talking about cars. My dad is a huge car enthusiast and I asked him what he would buy if he had $1M to spend exclusively on cars. Without hesitation he began naming off his favorite styles and brands. It was impressive. The final list included a Corvette, an Aston Martin, two Mercedes, a Lincoln and even a Tesla. Some of the cars he had owned previously and loved, some were brand new.

While it was fun talking about of this kind of excessive wealth, we agreed at the end of the conversation that there are so many things more important in life than having material objects like these.

He asked me, “What would you be doing if you had unlimited money?” Without hesitation I responded that I wouldn’t really change anything about my life. Sure, maybe I would fly first class or spend less time online researching the cheapest deals, but for the most part I’d be doing exactly what I’ve been doing for the last 7 years. It was a moment of total gratitude for me. How many people can say that?! Over the years I have spent a significant amount of time outside of the continental USA. This has given me ample opportunity to observe other cultures and helped me to figure out the things that are most important in my life.

I lived in the Virgin Islands for almost four years where the mentality was to work only enough to pay your bills and properly enjoy your days off. Some visitors saw this attitude as laziness or a lack of ambition, but in reality it was just a shifted perspective. The people living in the Virgin Islands aren’t lazy; they just put a very high value on quality of life and they don’t compromise that for more money. This perspective has been ingrained in my psyche and has allowed me to live without too many major concerns over what I’m doing with my life. It has given me the ability to relate to people in “poor” remote villages around the world, realizing that their happiness is not contingent upon their economic standing.

Last week I wrote about facing my fears as a brand new boat captain and the reaction was incredible! I was offered new captain positions on sailboats, invited to a regatta in Greece and offered website design work! I told my friends about this and they wondered why I wouldn’t jump at the opportunity to work on another sailboat in my “off” season.

My response is simple: I don’t need the money. Sure, I could use the money, and my (financial advisor) sister would be happy if I put a little more into my retirement fund, but I have such a full life with the most incredible opportunities. I wouldn’t sacrifice that kind of freedom for money.

I was stumbling over my words trying to explain this sentiment to my friend last night. He wisely told me to read the story of the Mexican Fisherman. I am not sure where this story originated from, but I was shocked to have never heard it before (and talk about perfect timing, I was just hanging out with a bunch of Mexican Fisherman last weekend!). I am going to close with that parable.

The Story of The Mexican Fisherman

An American investment banker was at the pier of a small coastal Mexican village when a boat with just one fisherman docked. Inside the boat were several large yellowfin tuna. The American complimented the Mexican on the quality of his fish and asked how long it took to catch them.

The Mexican fisherman said, “I sleep late, fish a little, play with my children and take siestas with my wife Maria. I stroll into the village each evening where I sip wine and play guitar with my amigos. I have a full and busy life.”

The American scoffed, “I am a Harvard MBA and can help you. You should spend more time fishing and with the proceeds buy a bigger boat. With the proceeds from the bigger boat, you could buy several boats; eventually you would have a fleet of fishing boats. Instead of selling your catch to a middleman you would sell directly to the processor, eventually opening your own cannery. You would control the product, processing, and distribution. You would need to leave this small coastal fishing village and move to Mexico City, then LA and eventually New York City, where you will run your expanding enterprise.”

The Mexican fisherman asked, “But, how long will this all take?”

“But what then?” asked the Mexican.

The American laughed and said, “That’s the best part.  When the time is right you would announce an IPO and sell your company stock to the public and become very rich, you would make millions!”

The American said, “Then you would retire. Move to a small coastal fishing village where you would sleep late, fish a little, play with your kids, take siestas with your wife, stroll to the village in the evenings where you could sip wine and play your guitar with your amigos.”