What the Women’s March Means to Me 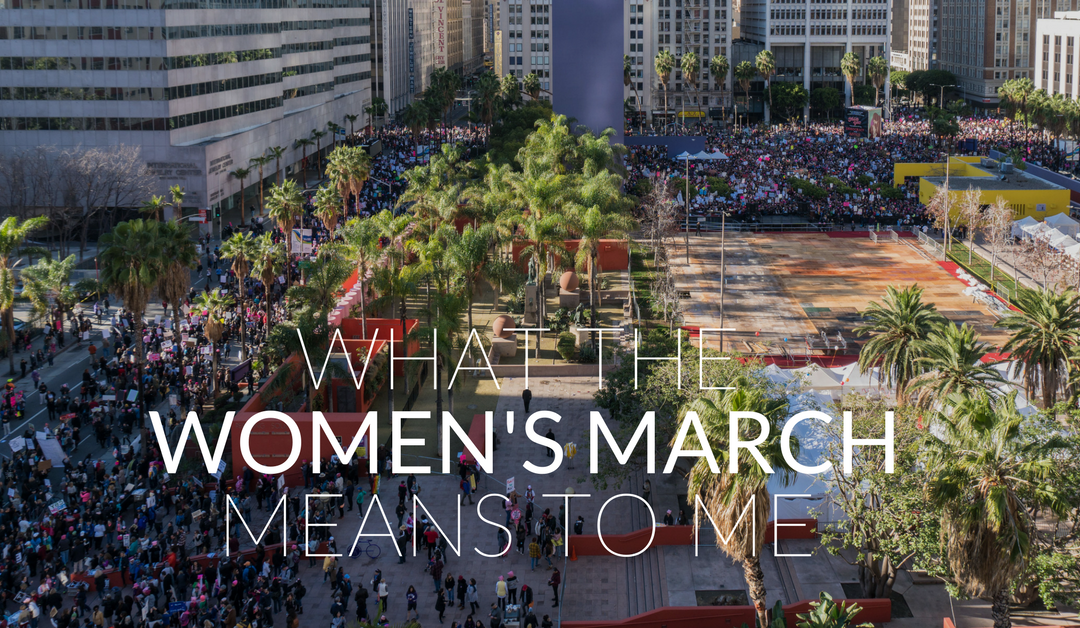 If you haven’t noticed I am a pretty powerful woman. Working as a female sailboat captain in an industry dominated by men, you have to be. My family is filled with strong women and I grew up around many amazing female role models. As a kid, my brother was my best friend and I never felt inferior or different just because I was a girl.

I try to live by the motto “empowered women empower women,” and when the Woman’s March on Washington was organized I felt it would be important for me to attend. Why March for Women?

I would first like to address the people who clicked on this article because they disagree with the women’s march. I would like to say that not everything has to be a partisan issue. Checking out the website for the Women’s March you’d be hard pressed to find something to fundamentally disagree with. Equality is equality. Why wouldn’t we all want that?

True, there are more opportunities for women in America than in many other countries in the world – there’s no denying that. It’s also important to note that we could be doing better. The USA ranks 28th for women’s equality, below Rwanda, The Philippines and Nicaragua.

I am a firm believer in the theory that Republicans and Democrats both want what’s best for this country – they just have different ideas about how to achieve it. Instead of viewing one another as enemies, I think it would be beneficial if we could find areas where our agendas overlap and work toward common goals together. Can’t we all agree that equality (not special treatment) is a good thing to strive for? During the campaign between Hillary Clinton and Donald Trump I saw a lot of people throwing around the word “emotional”. Some people feel that women are TOO emotional for important jobs. Others (like me) feel that a woman’s intuition can be her greatest strength.

If you believe that women don’t deserve equal pay for equal work, equal representation in congress and equal access to healthcare, then we are fundamentally opposed. I’m not sure how you landed on a blog dedicated to empowering women through solo female travel and sailing, but this is probably the wrong place for you.

But what about the timing??

Okay, you got me there. As much as the message of the march was about women’s rights for me, I recognize that it has also been referred to as the largest presidential protest in the history of America. Why talk about women’s issues the day after the 45th president of the United States was sworn into office? The answer is simple. Women in our country feel threatened by our president, a man who has said things like:

“26,000 unreported sexual assults in the military-only 238 convictions. What did these geniuses expect when they put men & women together?” – Donald Trump tweeting about sexual assault in the military

“It must be a pretty picture, you dropping to your knees” – Donald Trump making a “joke” to a woman on Celebrity Apprentice.

“She probably, maybe she wasn’t allowed to have anything to say. You tell me,” – Donald Trump speaking about a Muslim woman, a member of a gold star family not being “allowed” to speak.

“I just start kissing them. Just kiss. It’s like a magnet. I don’t even wait. And when you’re a star they let you do it. You can do anything.. Grab them by the pussy, you can do anything.” – Donald Trump talking about sexually assaulting women because he’s a celebrity.

His remarks not only represent someone who has little respect for women, they also show his ignorance toward issues that affect us. The election of Donald Trump cannot be compared to ANY OTHER election in the history of the United States because it is the first time that we have elected somebody with no political experience and no record of public service. We are scared.

While the president read written statements saying, “I’m sorry,” for some of his more egregious offenses, he has never taken the time to genuinely address the concerns of women like me. As the leader of the free world, I expect this man to display some leadership and make an effort to address the concerns of the millions of people who made their voices heard on Saturday.

Though no cause is perfect, I think it’s important in a democracy to stand up for what you believe in. I would also say that people who find fault with activism of any kind do damage to activism of all kinds. The atmosphere of the women’s march was one of love, hope and an eye toward a brighter future. I hope that we can all come together in support of one another, that we can learn to look past the differences and find common ground. If you’re interested in working toward a brighter future for women, please consider signing up for these 10 actions in 100 days.